What’s been keeping me busy

In July 2015 I was offered a lecturing position in Nutrition at Endeavour College of Natural Health. This is where I studied for my Bachelor of Health Science in Naturopathy. The thought of teaching was thrilling and terrifying at the same time. I studied for nine years at Endeavour (you read that right - nine!), so was familiar with it, but purely as a student. In the end I decided to feel the fear, but do it anyway.

The result has been discovering a job that I really enjoy but that comes with a lot of hours. The actual teaching hours have only been about 9 hours a week, but the preparation to teach those nine hours has often been at least another nine hours. Added to this is the fact that in order to teach at degree level, you must hold a post grad qualification, or at least be attaining a post grad qualification. So despite the fact that I have a Bachelor of Applied Science AND a Bachelor of Health Science, I have had to return to study in order to work as a lecturer. 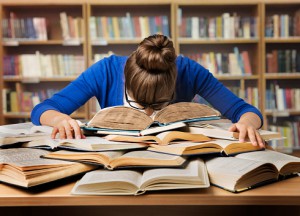 Despite my proclamation after achieving my Naturopathy degree that I would never study again, for the last two years I have been in the throes of completing assignments for my chosen course which has the convoluted title of  Bachelor of Medicines Management with Professional Honours in Complementary Medicine, undertaken through the University of Tasmania. The course has taught me so much about 'Evidence based medicine', both orthodox and complementary. I've learnt how to research treatments and critique the available evidence. But as interesting as the course content is, the study load has been huge, with many weeks requiring over 25 study hours.

So, with running the Harvest Health clinic, lecturing, preparing for lecturing and studying, there has been little time left for interesting, creative pursuits such as blogging and recipe creating. I'm currently in between semesters now, so I feel like I can finally breathe out, and I'm hoping to breathe a little life into Harvesthealth.com.au.